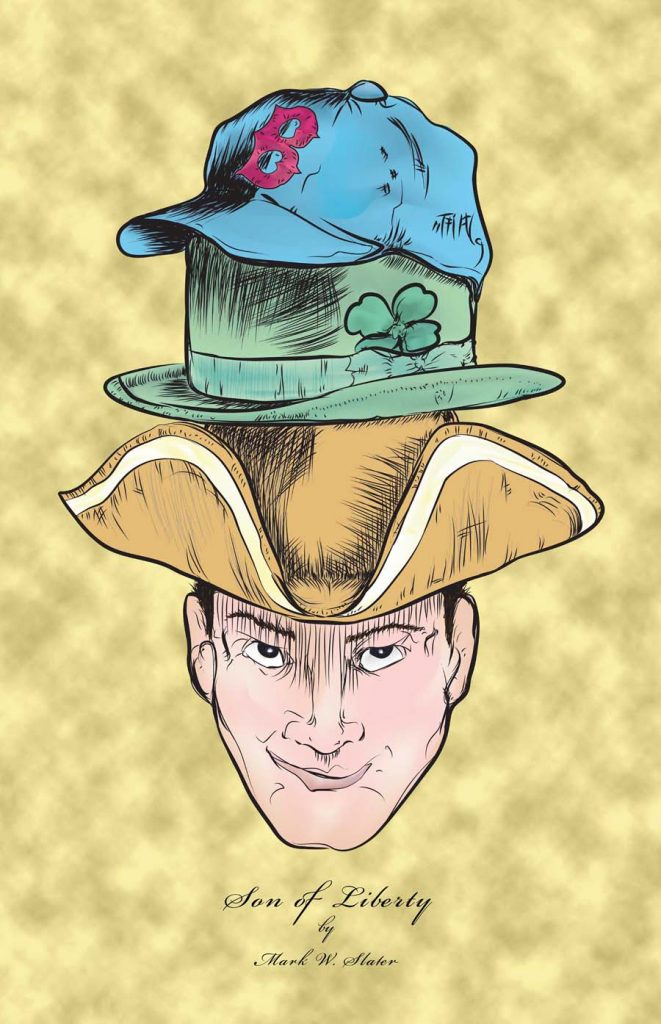 COMING SOON***Etsy page under construction March 2021; search for Naturallinestudio and or Mark W. Slater.? That is where this design will be available for purchase as a Tshirt.***COMING SOON

When I conceived this image I was staring at a stack of hats that were on my book shelf.

As I stared at the trio in the morning light I started seeing New England?s history flash through my mind.

The Tri-corner hat symbolizing this country?s early years and its aspirations to become a new nation, the Bowler hat signifying the industrial and entrepreneurial era of this country and then the baseball hat takes you to the here and now.

Not only that, but keeping in mind where New Englanders hearts lie.? I also saw the correlation of some of our beloved sports teams and their respective histories.

The ?Boston Game?; was conceived and played in this vicinity about 150 years ago.? Which in time lead to the formation of the NFL and the eventual creation of the New England Patriot?s and their mascot the Minute man.

Basketball was invented in Springfield Massachusetts in 1891 and if you turn a bowler hat from black to green you get Lucky the mascot for the Boston Celtics.

Last but not least the cherished all American baseball hat.? We can thank Pittsfield, Massachusetts for the first written account in 1791 barring the playing of the game within 80 yards of the town meeting house.

I never thought that three hats could conjure up so much nostalgia and pride.? So is the case of inspiration, you never know where and when it strikes. 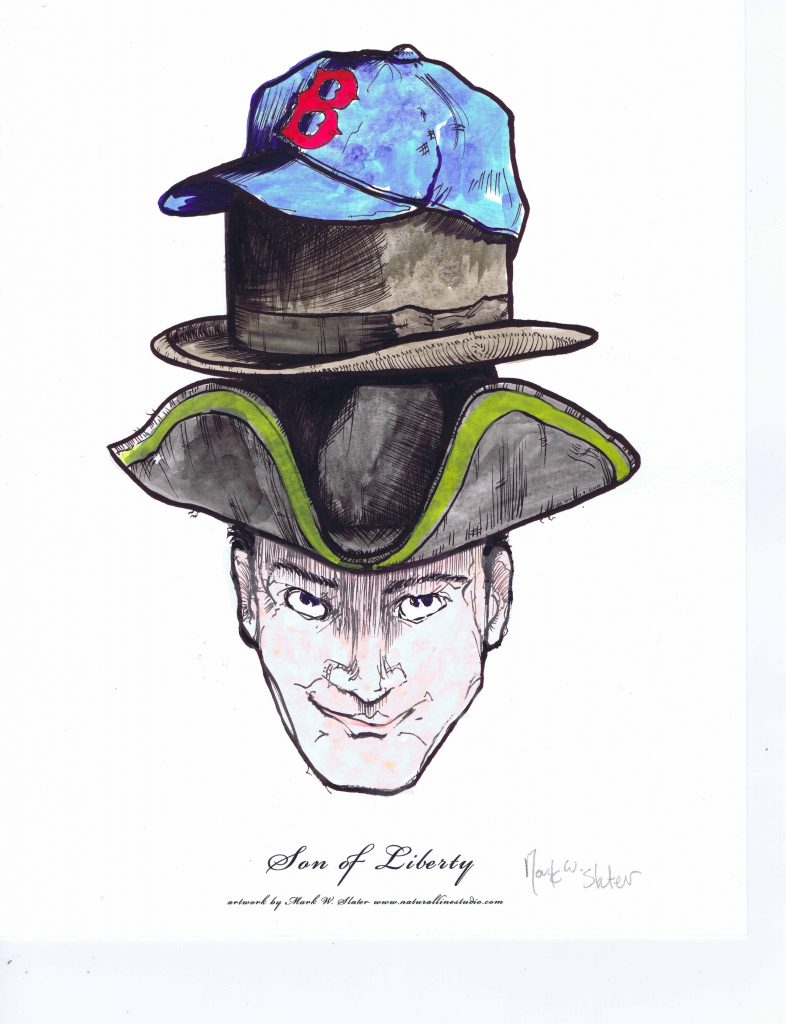 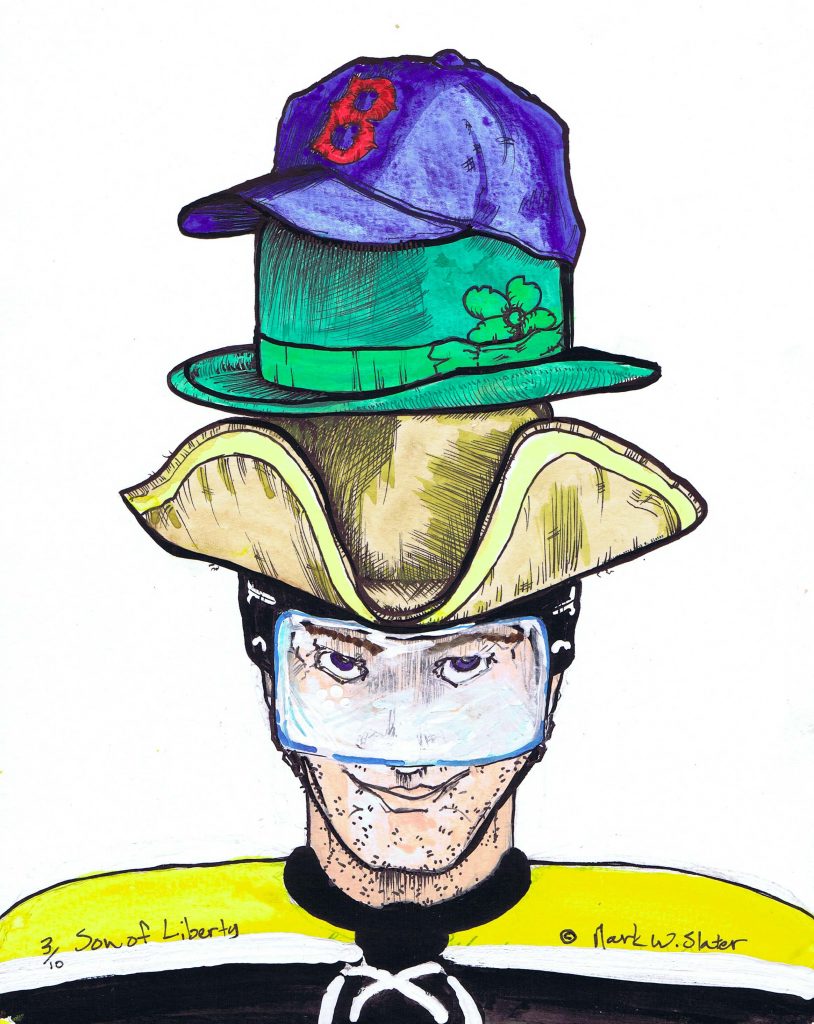 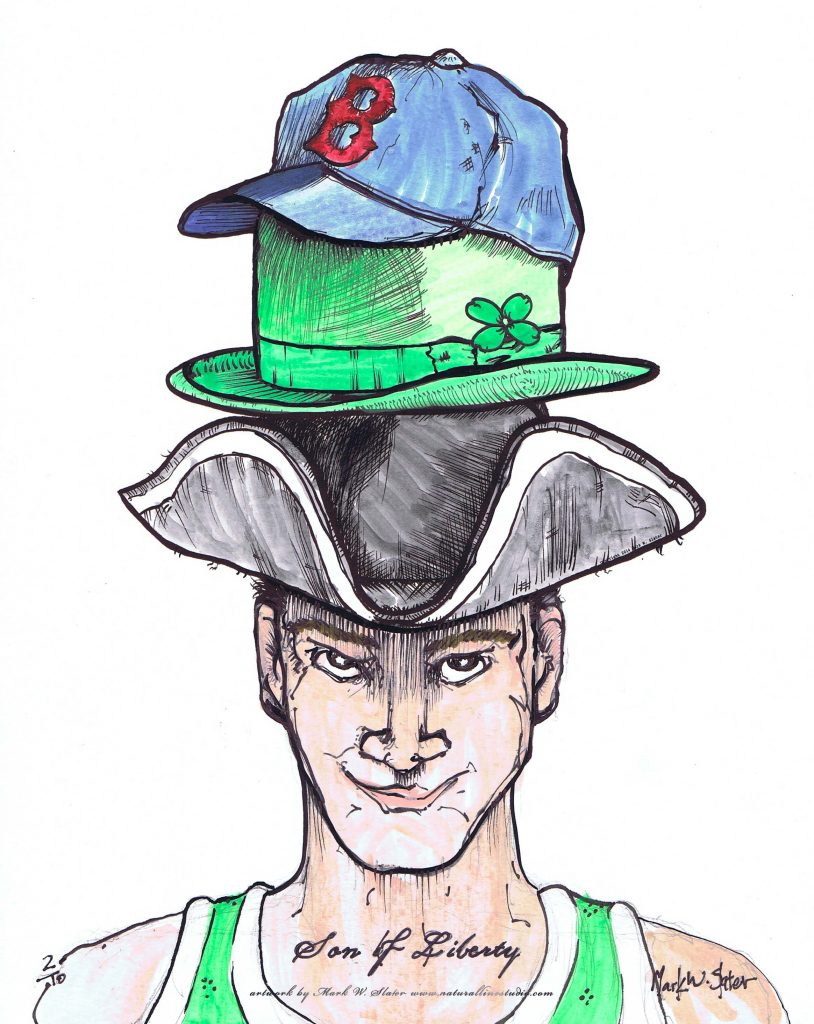 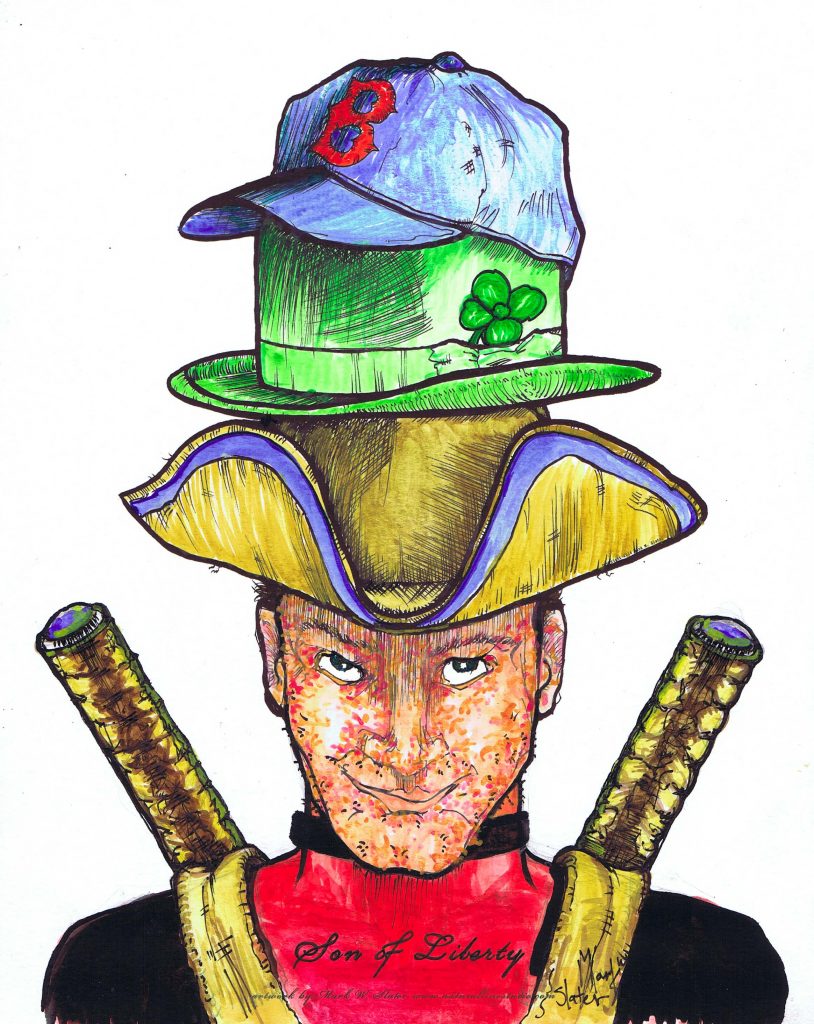 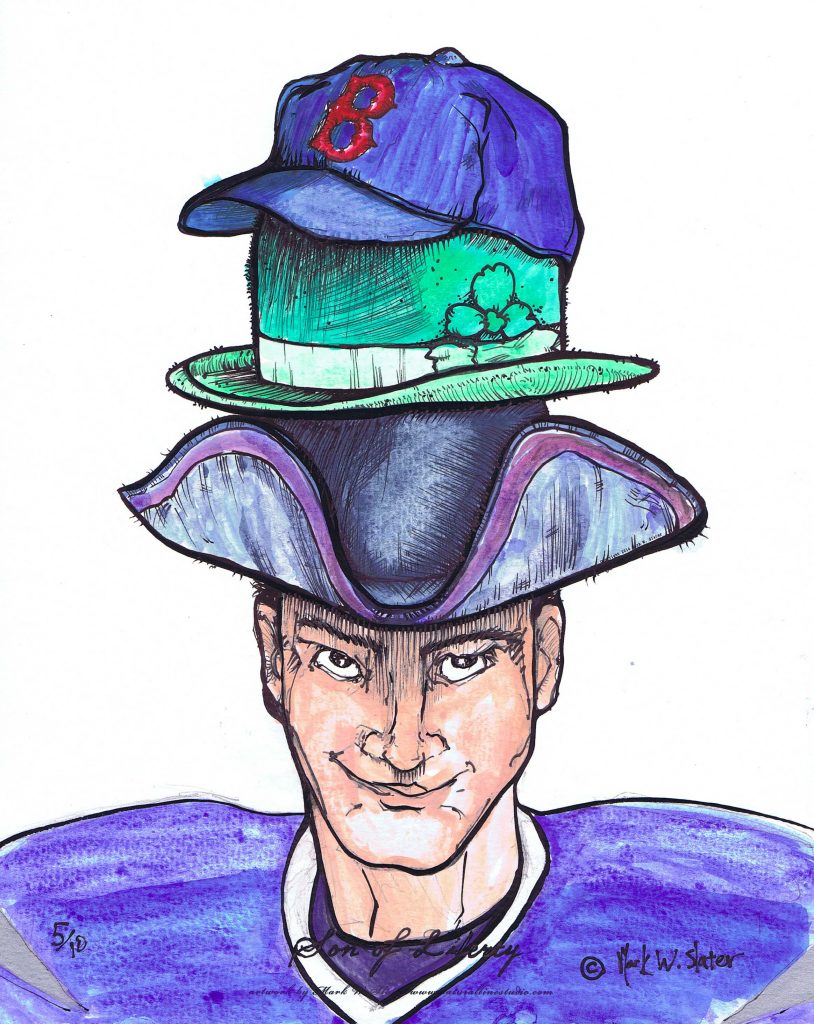 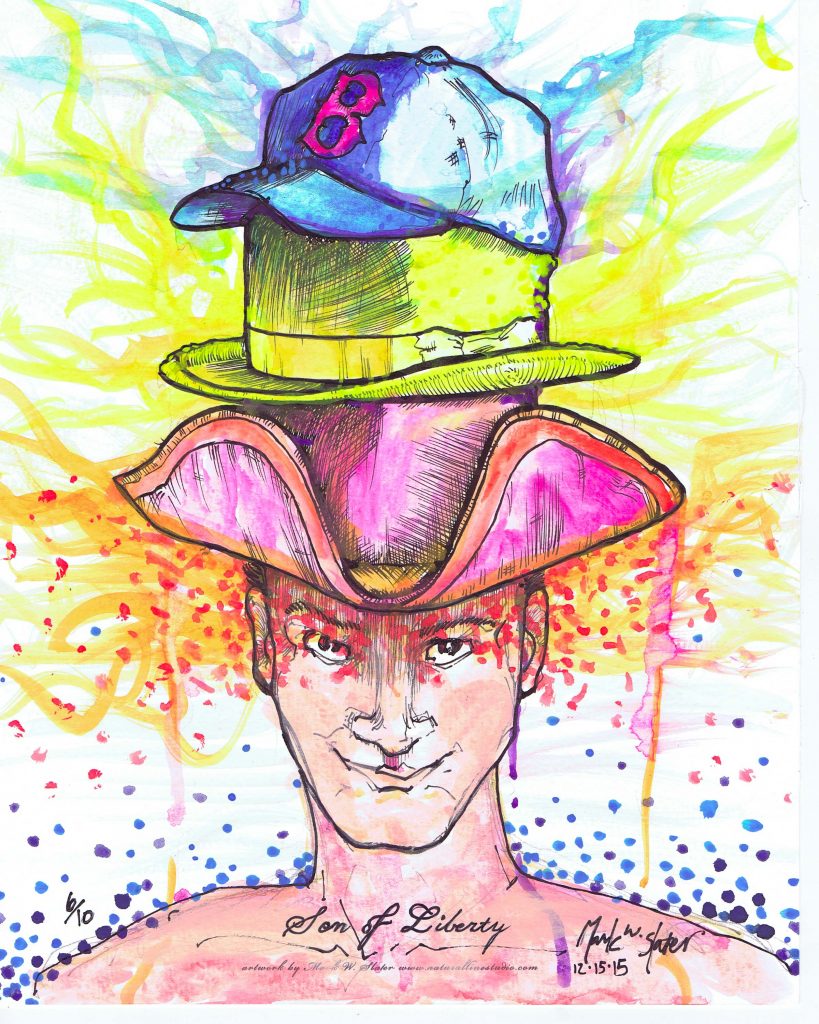 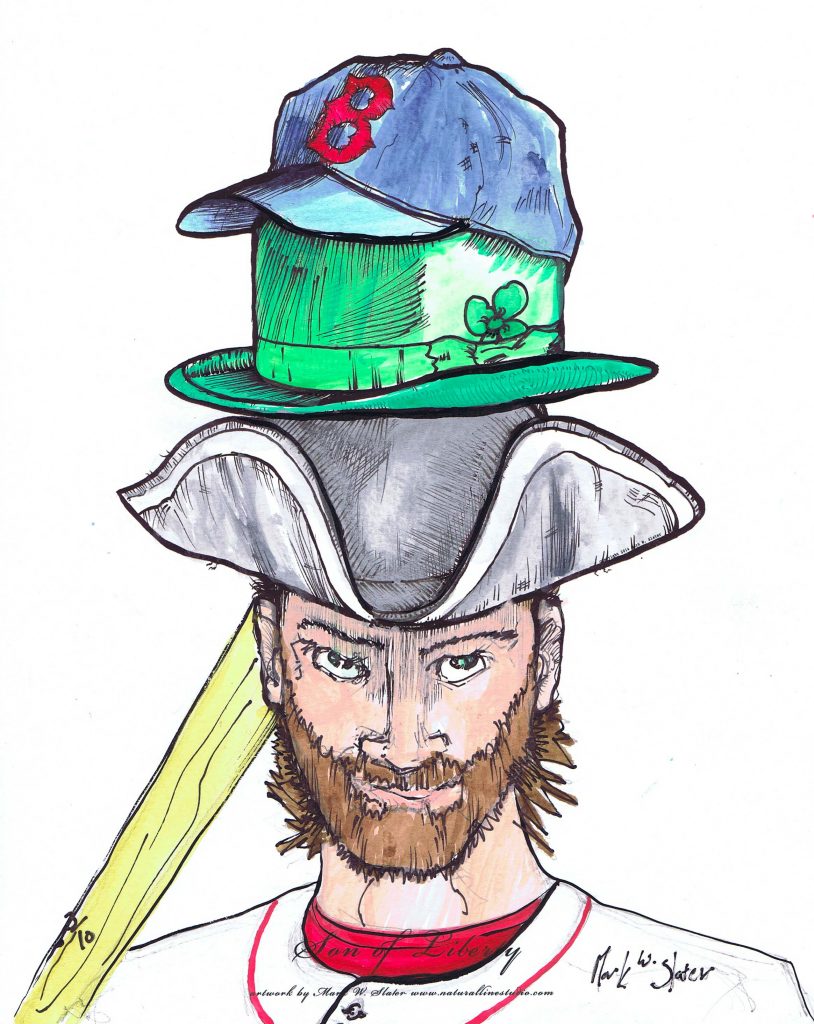