The Sultan Raffiki and his entourage

Meet the Sultan of the greatest palace in all of the Fertile Crescent.

His character is shrewd but sensible; from his point of view.? Keep him content and he will purr like a kitten.? Make the wrong face and he will have it taken off.? Alliances and trust are few and far in between with this man.? Only his Mystic has any inkling as to what makes this complex man tick. 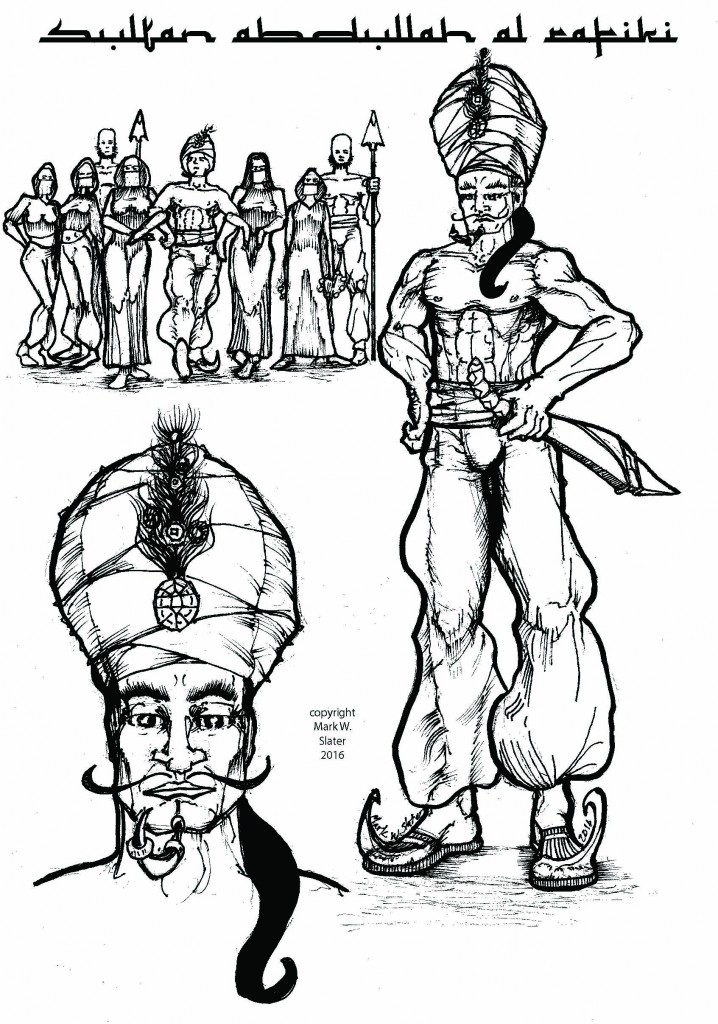 The man the myth the legend, Abdullah Al Raffiki. 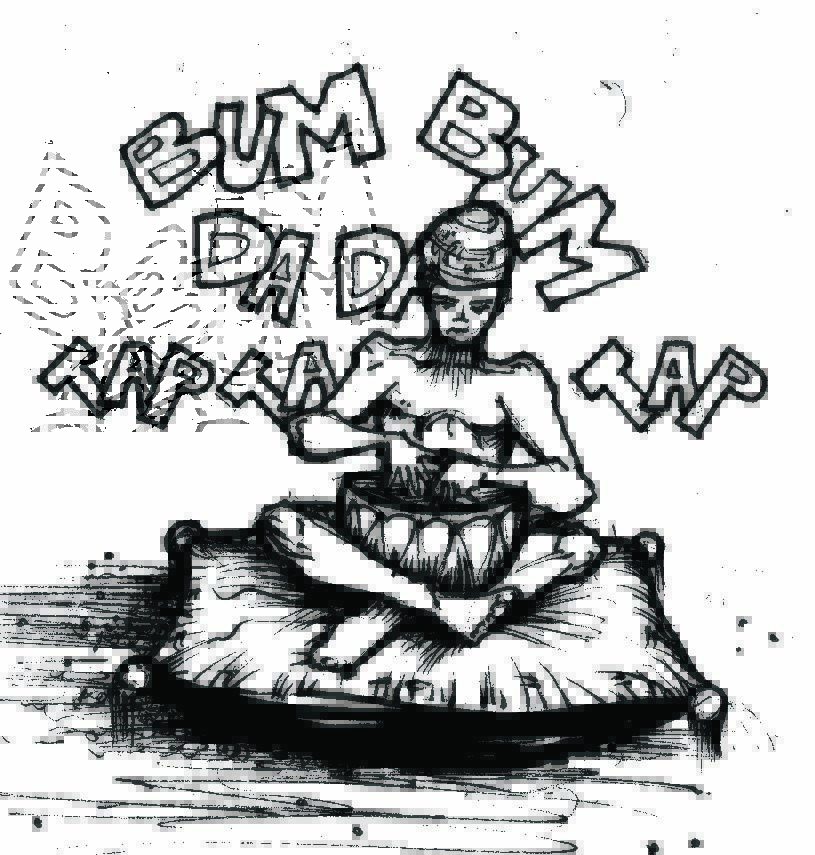 The four men you see here are from left to right the Sultan’s Mystic, a few of his guards and the one of the Harem’s guard.

The Mystic can tell you the future viewing the stars or can turn you into a desert rat, the Sultan’s guards are a troop of acrobats enhanced with some Eastern defensive techniques they are not mutes but rarely speak and the harem guards all carry the same tall spear.? Many people have marveled at what they are capable of with just this one tool. 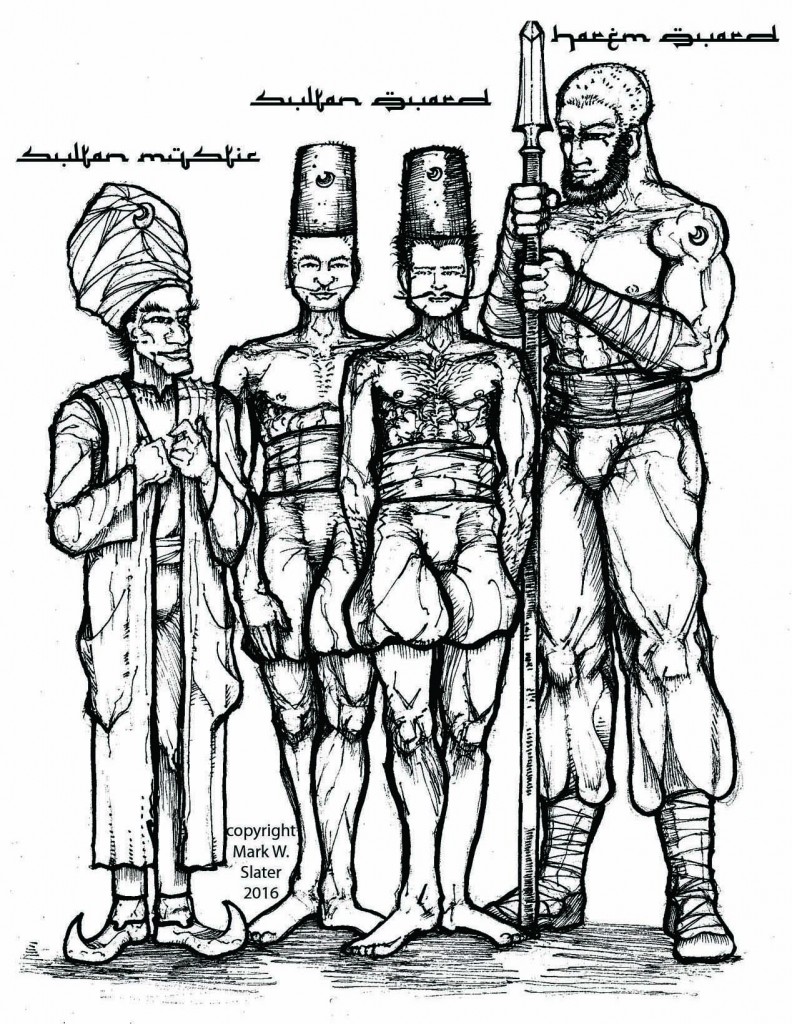 Each one has specific duties