OPB aka Other People’s Bottles, is a very small batch brewery that ferments the type of real beers Faerie & Gnome Kings and Queens alike would clamor over one another for one more sip.

Making the world a better place, one sip at a time.

I have brewed a clone of Anchor steam ( I have named it Bay Common) it came out at 5.25%ABV.? The color is spot on and I am waiting patiently for the bubbles to form in my bottles ( I practice the bottle conditioning method).? I used the remaining 2 pounds of last year’s hop harvest of the Fenway Feral.

I also very recently got to finally meet up with my homebrew (Braukline Home brew Club) alum via Google.

I’ll keep you posted as to how the Bay Common turns out.? Take care and drink like a toad in a pond over the full blue moon.

The hops harvest went well for me in the Fenway and Brookline this year.? I harvested all of the Feral and froze those.? Then my friend in Brookline called me last minute and said come and get your hops.? So I did, I made a Wet Hop with his Nugget and Cascade cones.? The ABV on this one ended up being 6.17%; that is Boston’s are code 617.? Sufficed to say I am pleased with that number and the overall taste of this Ale.? I used Lallemand’s NEIPA yeast, nearly all New England malted grains; except for a smidge of Vienna.? The color is great and the beer finished pretty bright in clarity if you leave out the sediment from the bottom of the bottle.

The Alt Viking Ale has been a favorite for everyone that has tasted it but in my mind and preference I didn’t get enough carbonation out this one with the bottle conditioning.? Live, learn and take great notes as to not repeat it again I try to say as often as possible.

April 2020 I attempted a German Alt and added honey.? The jury is still out with this one

February 2020 I made my first English Strong Bitter Double.? I used the recipe from Gabriale#1 to make this batch #2.? This turned out great!? I used Willamette for the bittering and UK EKG and Fuggles for the hops flavor and aroma.? I used one of my personal favorites for the yeast; Lallemand’s Nottingham strain.? The grain bill was classic ESB but I fermented it to about 7.5% ABV.? The ethel vapor was non existent and drank really nice!

I made an American Pale Ale;? named, “Feral Fenway” with my hops harvest from Summer 2019.? I used just over a pound of hops (flower) that I or my friend grew right here in Boston, MA.? The color edged into brown but was just light enough in color to be Pale.? The hops bitterness was firm and not too assertive.? Aroma and taste was deep green and piney with a slight fruitiness from the Liberty bell yeast strain.? The beerfoam on the pour in the glass was perfect and the taste was, sweet, white bread crust and very slightly nutty.? It clocked in at 6.8% ABV

In Summer 2019 I made the Saison and it turned out being 8.5% ABV and very different than the classic style I was aiming for.? It bridged more into Belgian specialty Ale.? It’s color was more deep copper and the beerfoam gushed out as the beer was exposed to fresh air.? I had to poor quickly once the cap was off.? I named it Ball’s on Saison even though it’s wasn’t so on the mark.

I became a Certified Cicerone?!!? Go check out my beer educator tab on this site to know more.

-A hoppy wheat ale with ElDorado, Galaxy and Lemon Drop hops.? This was 6.3% abv.

-Sierra Brookline batch #2 with Cascade, wild hops cones from Boston’s Fenway and Nugget.? This was 7.3% abv.

-American Pale Ale with Willamette, Summer and Idaho-7 hops.? This was almost another Sierra Nevada clone but it’s SRM was deeper almost red.? It was because of the Vienna and Cara Vienna I used in this batch.? This was 5.2%abv.

-American Pale Ale with Willammette, Medusa and Cashmere hops.? I used all European grains and paired them with American yeast and hops.? This was 5.4% abv.

-A Belle Saison with French Strisselspalt hops is on the schedule for the Summer of 2019!

Spring 2018, Sierra Brookline has 90% Brookline, MA. grown hops hand picked by moi (Centennial, Cascade and Nugget).? This is a slight clone of Sierra Nevada’s pale ale recipe.? I used the yeast and some of the grain bill.? The rest is magic. 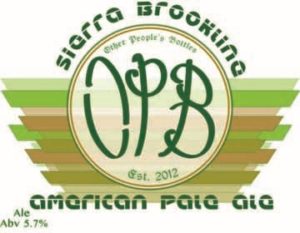 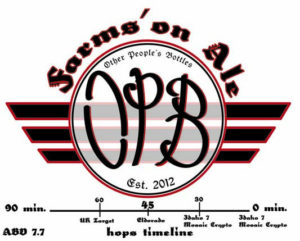 Fall 2017,? Farms’on Farmhouse ale is on the ferment.? I used Target (bitter), El Dorado (Flavor), Idaho-7 Mosaic Crypto (flavor) and on flame out Idaho-7 and Mosaic (aroma).? Pilsen, wheat and Red X malts ABV to be determined.? By Halloween it should be ready.

Spring 2017, it rains today and the flowers are not far away.

An experimental beer has been brewed and? bottle conditioned (on a full moon) and is ready for a “club” competition that I am and other liquid alchemists are members of.? 5 teams of 4; each group has 2 grains and 2 hops to use as a base recipe the yeast strain and other extras are up to the individual.

Here is the artwork for mine. It consisted of Vienna, Coffee and Pale German grains, Galena and Tettnang hops some K-97 saccharomyces and some extra magic sprinkles, it is 9.7% ABV 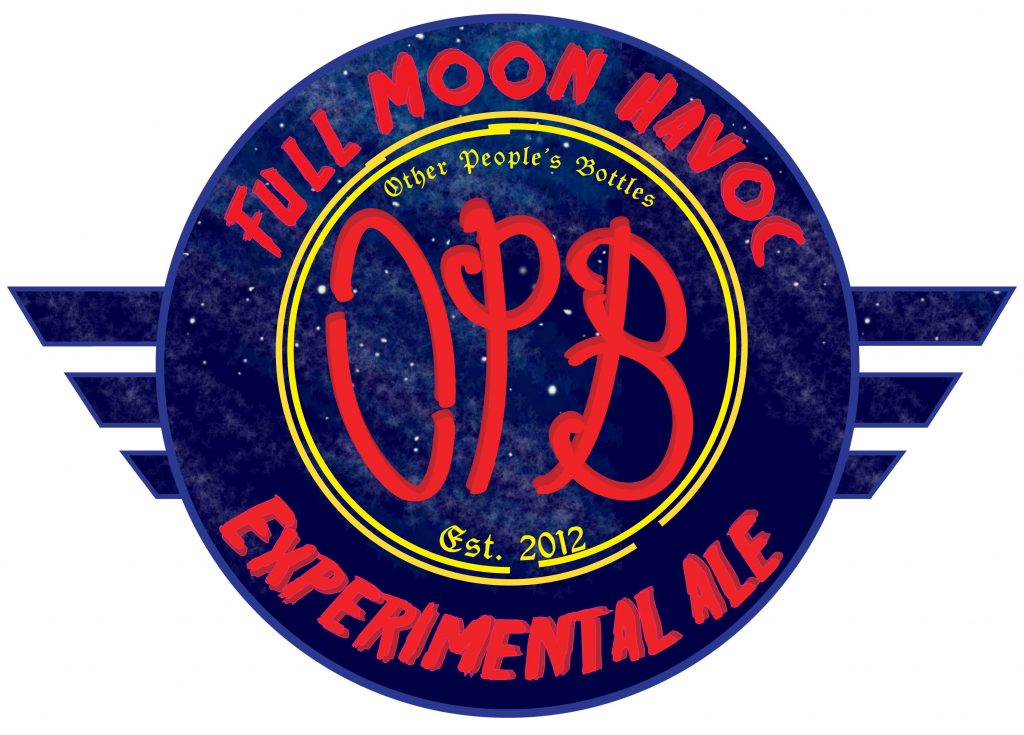 My final beer for brew season 2015-2016 is a Single Malt Single Hop ale. I used some American 2 row grain, a native hop from the N. American Southwest named NeoMexicanus and the Nottingham strain of saccharomyces.? This one has a very unique light tan color and a stone juicy pineapple bouquet with a nice assertive bitterness.? 7.1%ABV. 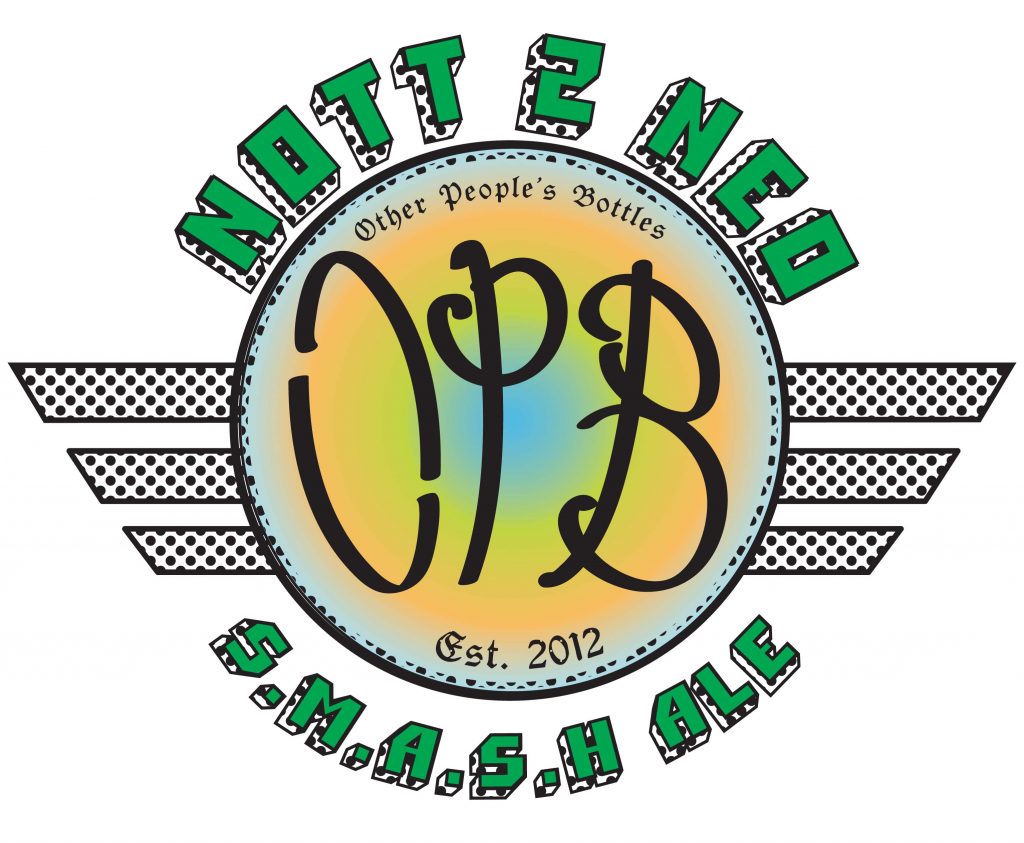 Winter nearly Spring 2017, I have three concoctions that have come out of the Magical Alchemical Closet (M.A.C.) in the last few moon cycles.? The first one is an Imperial Brown Ale; dubbed Charlie’s Brown this one fermented much better than calculated and ended up being 8.4% ABV, French Strisselspalt is the hop in this, the second is a classical take on the Belgian Wit style also with French Strisselspalt, clocking in at a very sessionable 3.5% ABV and lastly is my first Mead, this took months to ferment and was worth the wait.? It came in at 12.6% ABV and is in the categories of Semi-Sweet, standard and still as per BJCP mead and cider 2015 guidelines. 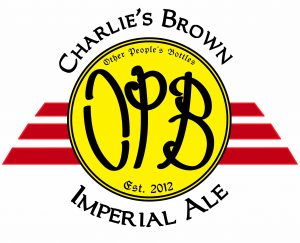 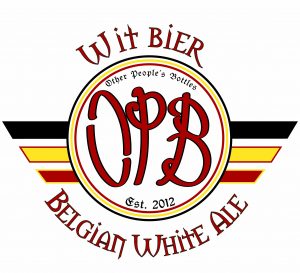 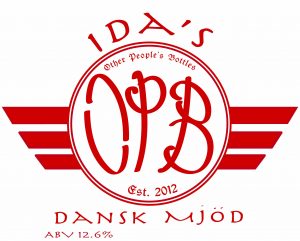 On the ferment right now is a mystery elixir that is for a competition in my local Alchemists’ club.Vienna, Pilsner, coffee malt, Galena and Tettnang hops with some German ale yest. 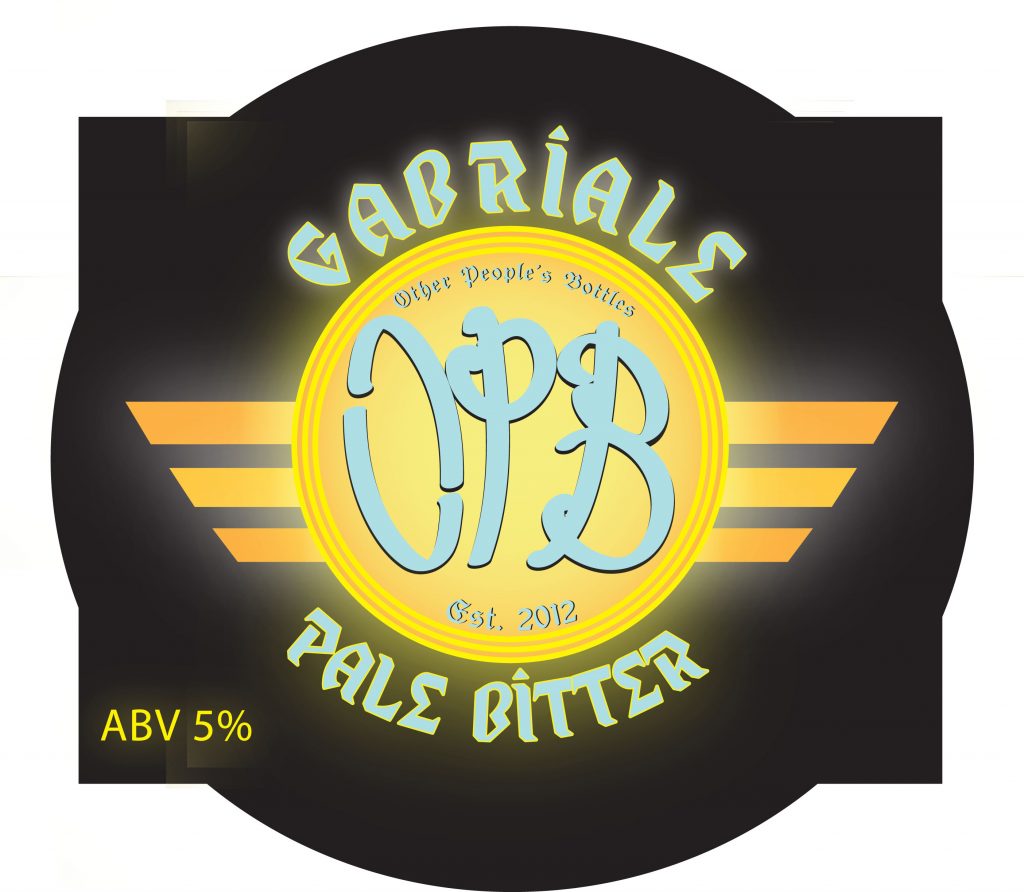 Brew Season 2016-2017 has officially started for OPB!? Saison Pumpkin batch #2 has been bottled and is now waiting for two weeks to let nature to take its course on the conditioning (that means making bubbles and “beer head”) of this custom concoction.? Liberty and El Dorado hops with some Hudson Valley wildflowers honey was fermented to an ABV of 6.66%. 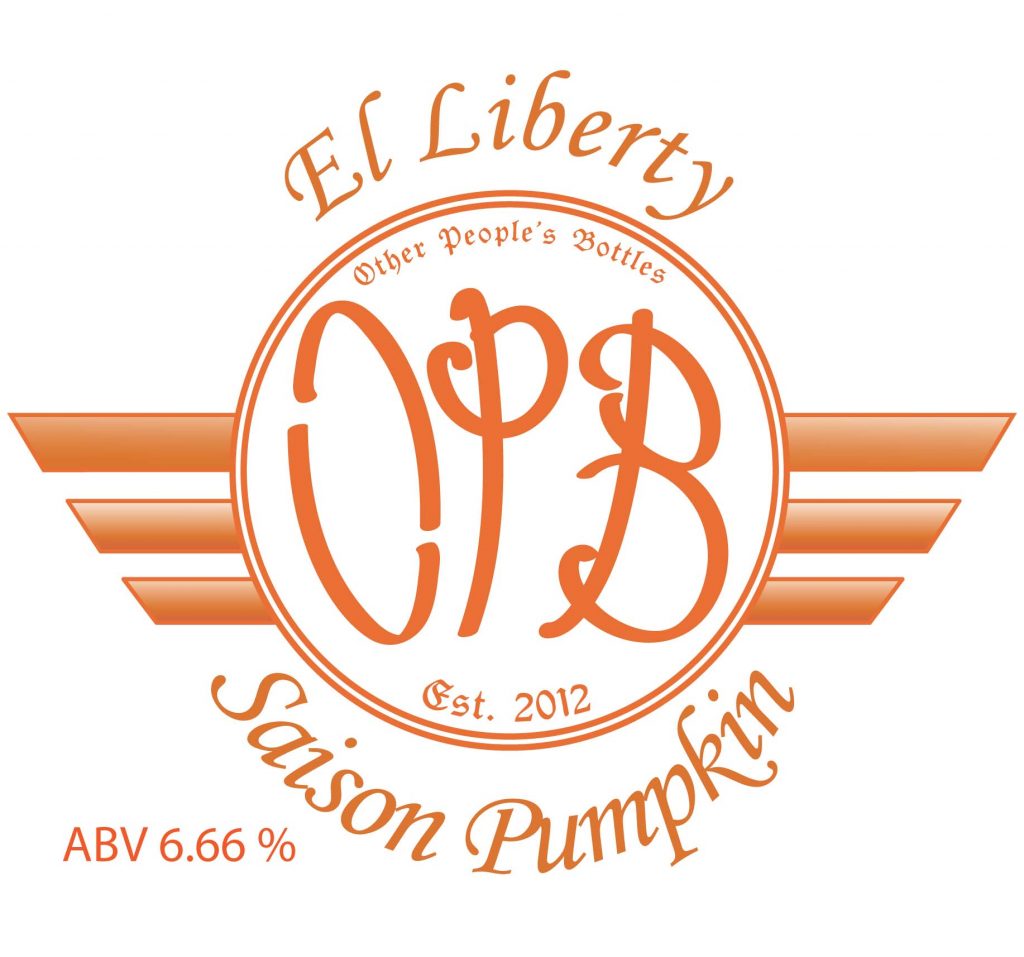 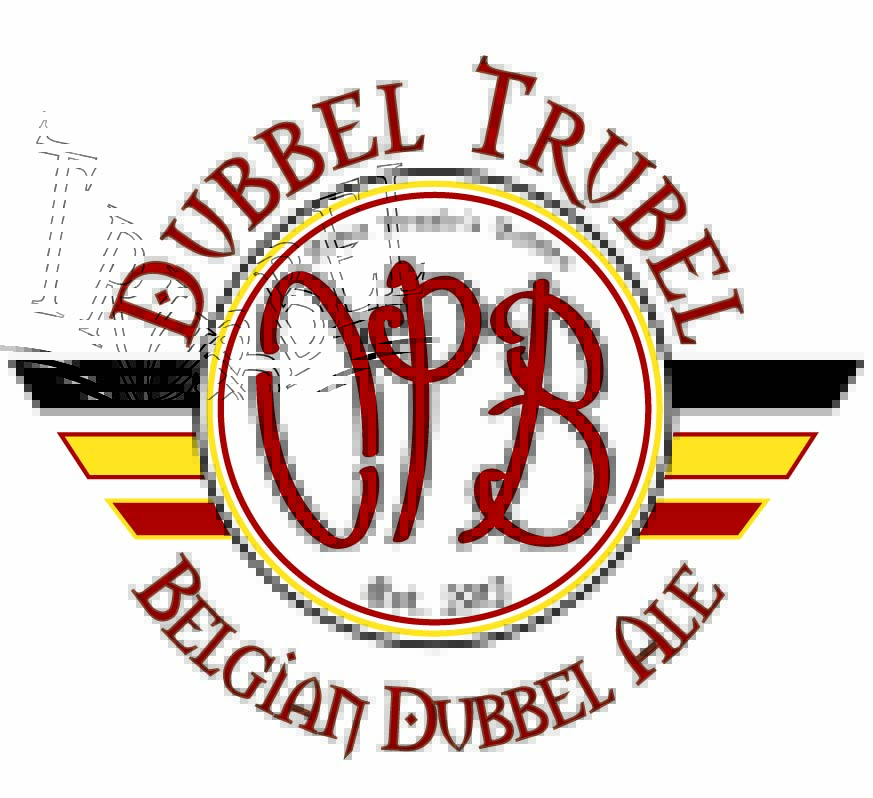 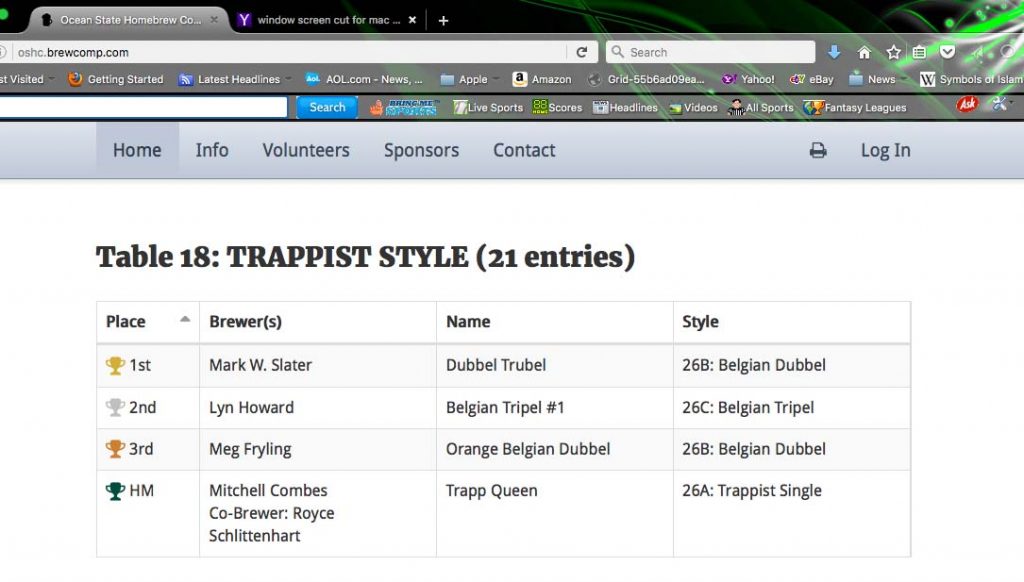 The last beer of my brew season Dampf Marzen will be ready to drink in a few weeks.? I used Bavaria Mandarina hops and the commonly known as yeast “California Common” for this beer. 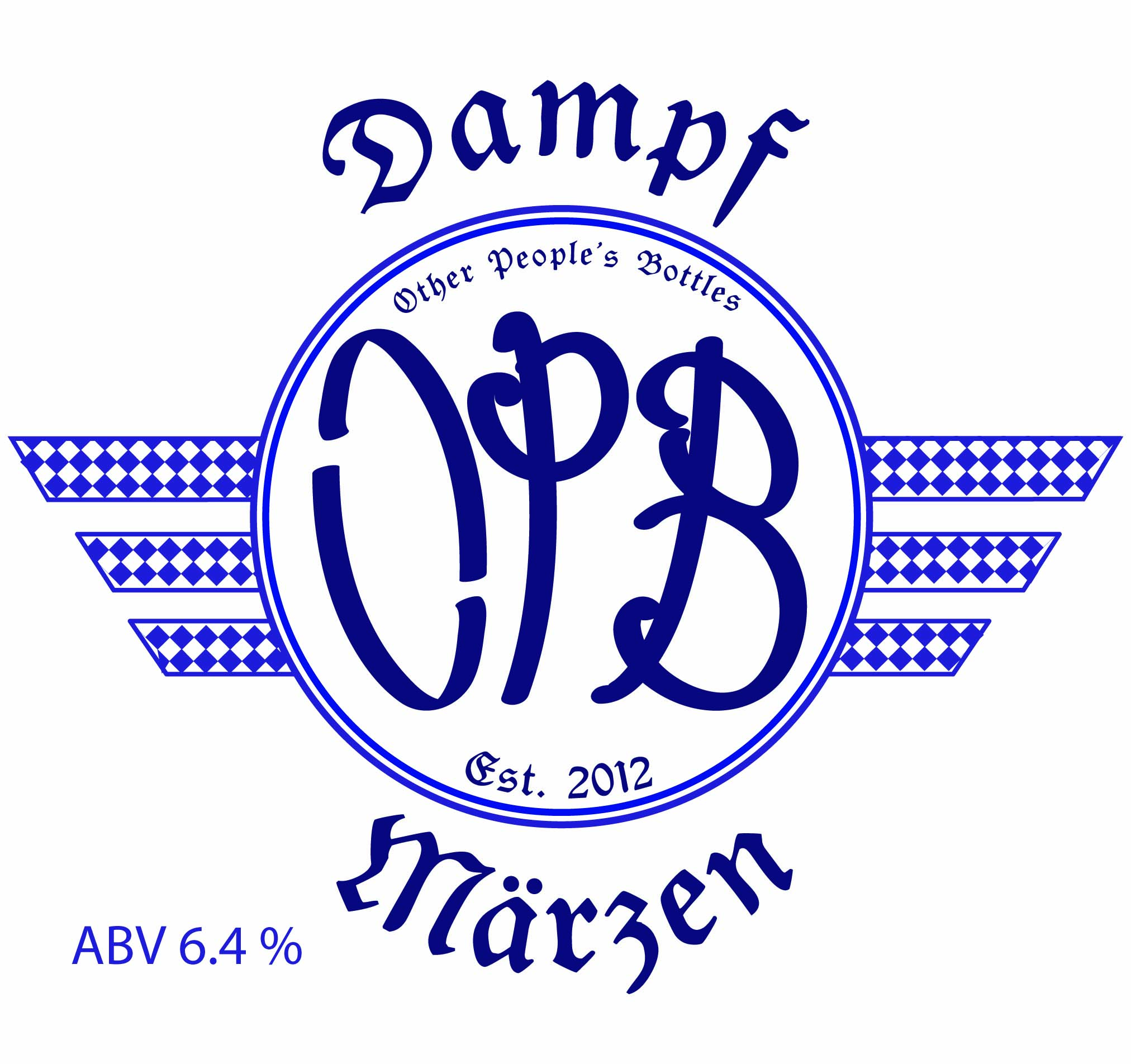 A classic beer with an American yeast. 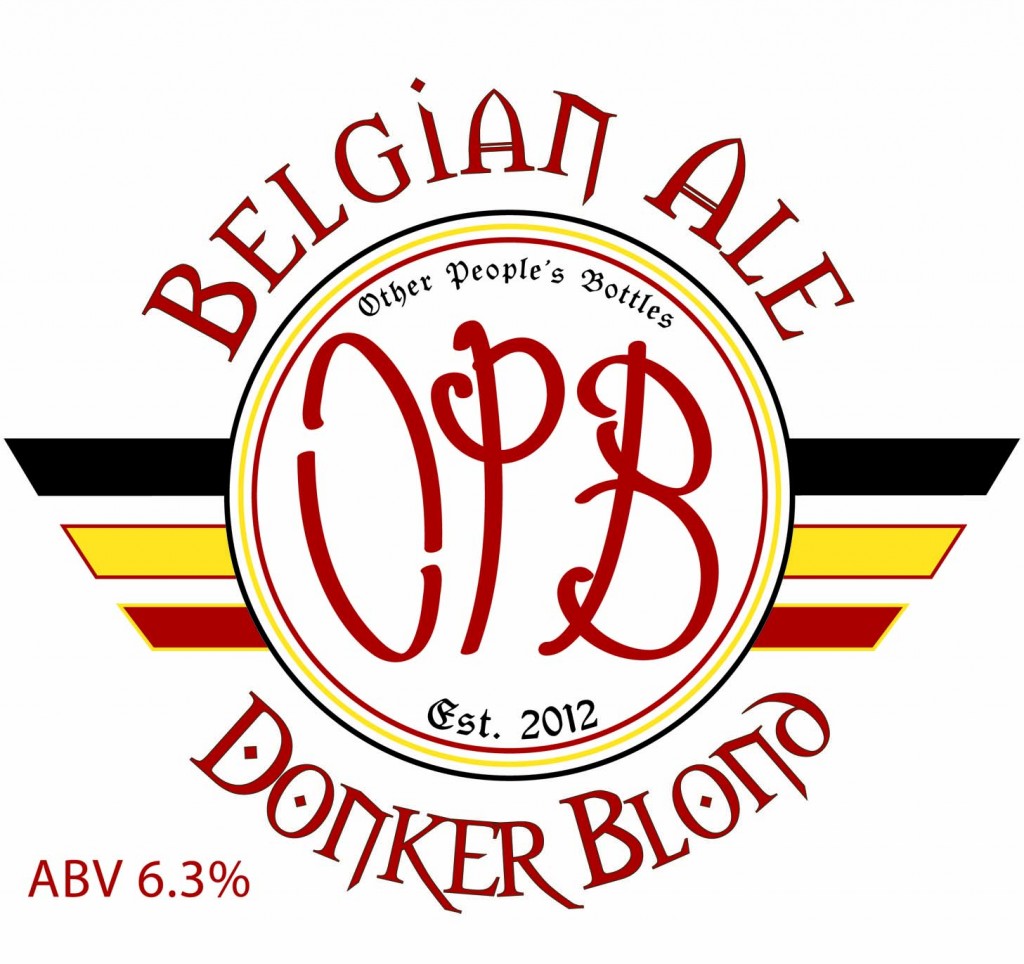 The TBD caramel colored beer falls into the SRM (standard reference method) wheel color range of 10-17 for an American Amber.? So I dub thee, AmAm batch #2! This one clocks in at an ABV% of 6.5.? Polaris and Chinook hops are in this beer!!? I have entered this and the Tripel Dipel (that is now named Dubbel Trubel) into the Ocean State Home Brew competition.? Dubbel Trubel has also been entered into the AHA 2016 competition as well.? Judging results should be in by late April 2016.? Fingers crossed for some positive outcomes on both of? the competitions.?.

Lots of things going on other than mystical brews and brewing.? An as of yet TBD caramel colored beer is on the 2nd ferment right now and will be ready to drink on March 17th.? I used the new German Polaris hop and a good standard PacNorWest grown Chinook for the hops on this one.? So yeah I have that going for me.

The SMASH will be ready on February 6th or so.? Until then keep thinking of fermented thoughts.

The others in the family: 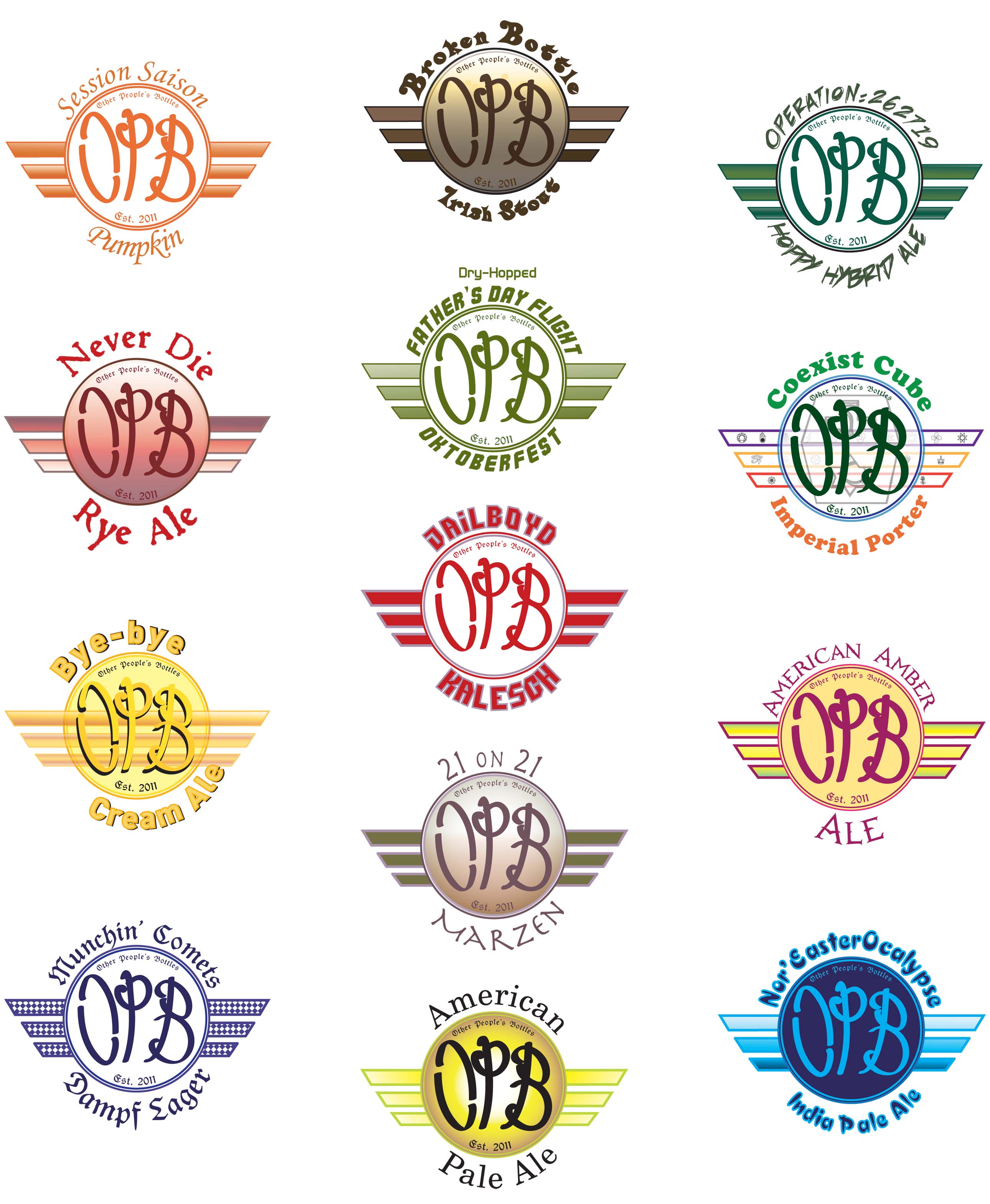 November 3rd, Competition results for “Bye-Bye” cream ale were a 29.5 out of 50, three categories are above and two below the “good” level, I’ll take good.?? NEW BEER UPDATE!! Hoppy Ale “Operation:262719” is on the first ferment as of today and will be second fermented tomorrow. This one should be a strong one 7% or so?? Simcoe, Rakau, and Amarillo hops mmm mmm good.!? As well my Session Saison Pumpkin is now being drunk.? Belle Saison yeast, Massachusetts grown in Watertown Chinook hops, inverted sugar, molasses and some 2 row NY malt.? It is very subtle considering it has 12 lbs. of pumpkin meat in the 4.5 gal batch that I made.? This beer was dry-oaked for the last two weeks of conditioning, ABV% 4.2

September 24th, 2015, I have entered the Bye-Bye into a beer contest held on October 9th.? I’ll let you know what happened when I do.

September 2015, “Bye-bye” Cream Ale will be ready for drinking on the 15th.? It is not your ordinary cream Ale.

This month I collaborated with a larger facility to make my Father’s Day Flight Oktoberfest Ale.? I will be bottling this one in a week.? Here is the label art for your enticement. 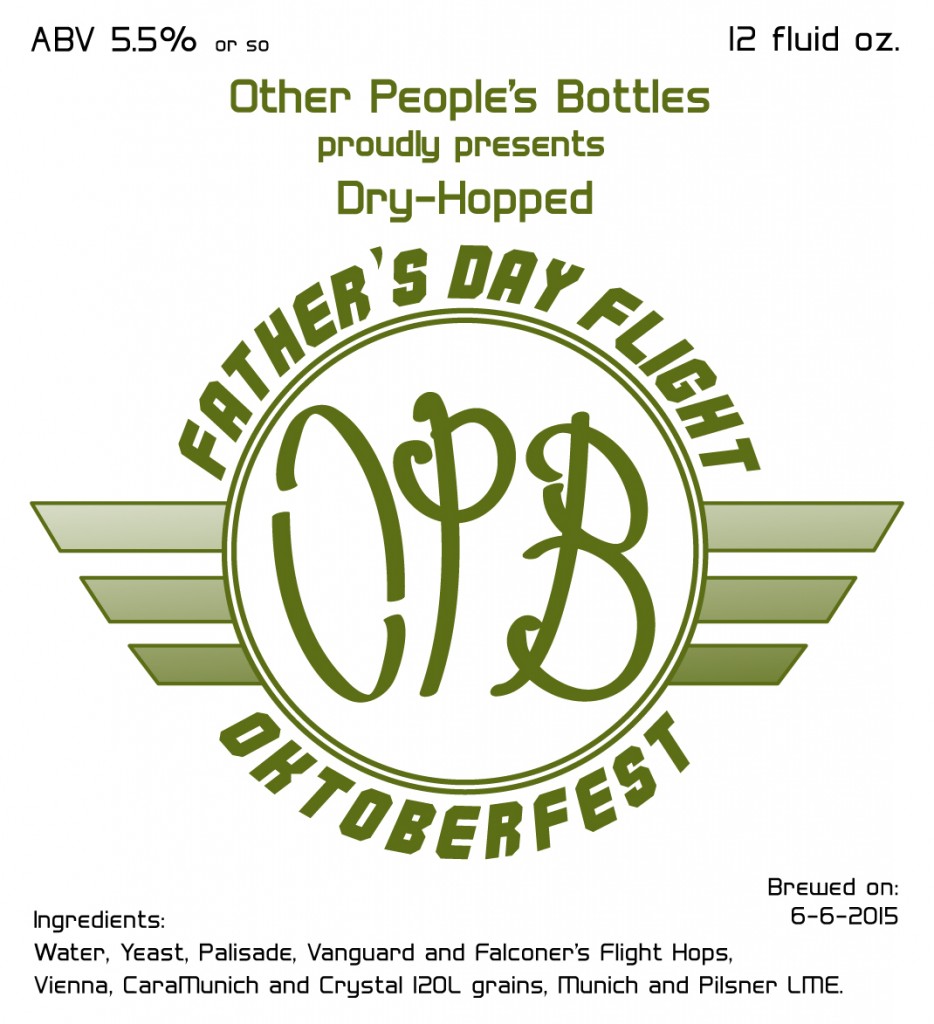 The Kalesch is exquisite.? The late addition of the Utah Centennial hops gives it this nice and spicy aroma as the beer warms up from fridge temperatures.? The color is nice and golden clear!

21 on 21 looks nothing like a Heffy and tastes just barely like it too.? It has more of a brown look to it.? The saving German grace is that I used the Munich yeast variety and the Tettnang hops helps hold onto its German roots. Other than that drink it down my Faerie and Gnome friends and have another on the house.

Jailboyd Kalesch batch #3 bottled, two more weeks…21 it quite a subtle sip on the tongue…Munchin’ Comets is going to a contest on Thursday!
21 on 21 bottled, Jailboyd Kalesch on the ferment and now enjoying Munchin’comets, which is exactly that!
21 on 21 hefeweizen is in fermentation
Munchin’ Comets SMASH almost ready to be bottled.
Drinking Nor’EasterOcalypse IPA mmmm mmmm good. Quite a head on this one.